CAN WE TRUST THE WESTCOTT AND HORT 1881 GREEK TEXT?: Were Westcott and Hort Occultist Unbelievers?

Posted on March 28, 2019 by jamesbradfordpate 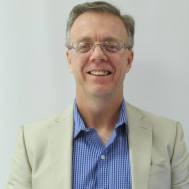 EDWARD D. ANDREWS (AS in Criminal Justice, BS in Religion, MA in Biblical Studies, and MDiv in Theology) is CEO and President of Christian Publishing House. He has authored over 100 books. Andrews is the Chief Translator of the Updated American Standard Version (UASV).

Before delving into whether Westcott and Hort were Occultist or unbelievers, let us look at their work first.

Brooke Foss Westcott (1825–1901) and Fenton John Anthony Hort (1828–1892) were nineteenth-century theologians and Bible and textual scholars. Together, they produced The New Testament in the Original Greek of 1881, the pinnacle of textual studies by dozens of textual scholars since the days of Erasmus in 1536. This critical Greek text is the foundation text of the Nestle-Aland Greek Text and the United Bible Societies Greek text.

The climax of this restoration era goes to the immediate successors of these men, the two English Bible…