Review: The Rise and Fall of Peace on Earth

Posted on February 21, 2019 by jamesbradfordpate 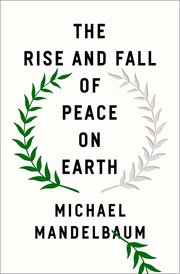 Summary: Develops the thesis that 1989-2014 represented a singular period of widespread peace marked by absence of conflict between major powers, and what might lead to a return to peace in the future.

Michael Mandelbaum proposes that the period between 1989 and 2014 was a singular period in recent history of global peace. At first glance, I want to say, “you’ve got to be kidding.” My mind goes to Bosnia, Kosovo, Rwanda, 9/11, Kuwait, Afghanistan, Iraq, just for starters. Yet each of these represented more localized conflicts rather than globe-spanning conflicts between superpowers.

During this period, the old Soviet Union was dismantled with the Eastern Bloc countries gaining autonomy, and in some instances, more democratic forms of government. Even Russia, under Boris Yeltsin took halting steps toward democracy and more…