Review: The Farewell Discourse and Final Prayer of Jesus

Posted on April 6, 2018 by jamesbradfordpate 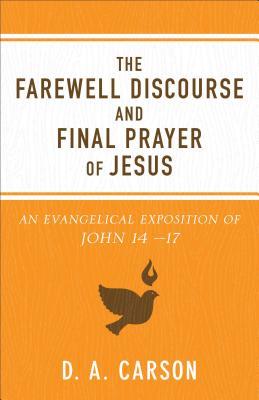 Summary: A study of John 14-17, based on expository messages on these texts.

D. A. Carson has had a distinguished career as professor, lecturer, scholar, and Bible teacher, publishing over 50 popular and scholarly books as well as numerous scholarly articles. Several collections of his expository messages were published in the 1980’s and 1990’s and recently have been re-packaged by the publisher and re-released. This work does not appear to be revised in any way, and there are no notes or updated prefaces to that effect.

In the preface to this work, Carson notes that this work reflects a popular rather than scholarly approach to John (Carson also has published a scholarly commentary on the Gospel of John). This work is based on messages given on John 14-17 at various…